By the time of 2020, the Hyundai is planning to release 31 hybrid, electric or fuel cell models. The first fuel cell crossover SUV which Hyundai car maker introduced was the Tucson fuel cell back in 2013; and recently they have announced the next generation of the new fuel cell crossover. So, at the 2017 Geneva Motor Show, they have revealed the new Hyundai hydrogen fuel cell SUV which should arrive sometime during next year. For now, this new model is still unnamed and the Company refers to it as the next FC SUV.

The upcoming hydrogen fuel cell will be based on the previous FC Tucson but it will appear as the improved version of this model. It should show much improved range with up to 500 miles, boosted performance  and advanced fuel cell technology. As well, its attractive and futuristic look will be inspired by the motifs from the nature. The interior will feature clean, minimalist and futuristic design too. After the release of the new fuel cell SUV, this model will represent the future of the eco-friendly vehicles. 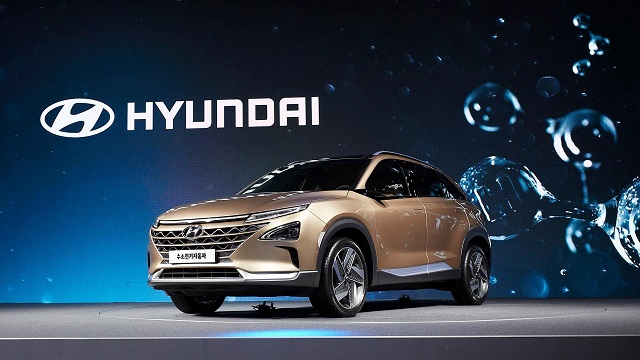 Under the hood of the Hyundai hydrogen fuel cell SUV will be placed the fourth generation of the hydrogen fuel cell technology. Its range, performance and durability are going to be much improved. The total output of this unit will be increased for 20 percent compared to its forerunner. So it will be able to produce 160 horsepower. As well, the new emission free Hyundai will have a range of around 360 miles on one charge which is really impressive.

As for the efficiency, it will be reduced for 9 percent. Another great novelty is that the upcoming FC Hyundai will appear with improved cold start capability. This will make it able to start at very low temperatures of even -30 degree Celsius. Furthermore, there will also be improvements considering tank capacity. Precisely, there will be three tanks of the same size instead of the previous two of different size.

When it comes to exterior design, the new Hyundai hydrogen fuel cell SUV will feature futuristic, elegant and very attractive design. The whole body will be designed in a way that provides better aerodynamics. The new design of the two-piece wheels, door handles and so on will all contribute to the improved aerodynamic of the vehicle. The front end will feature nicely designed grille and a pair of slim and narrow LED headlamps similar to the one in the Kona model. 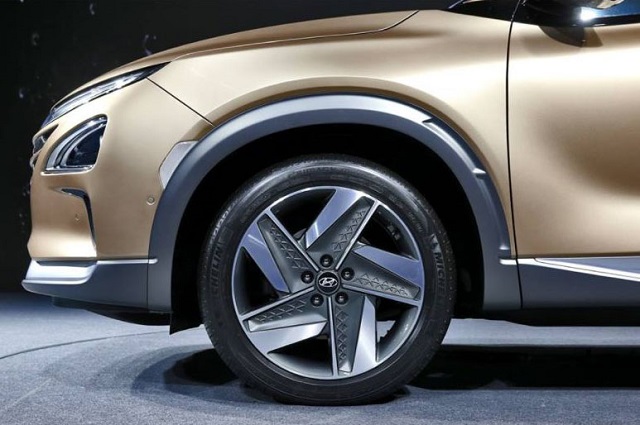 Inside, the Hyundai hydrogen fuel cell SUV will feature futuristic and simple design of the cabin. The interior will be inspired by the colors from the nature which accentuates the eco-friendly character of this model. The seats will be covered in woven fabric with suede details. The dashboard is wide and features two large touchscreens with infotainment system.

The next Hyundai hydrogen fuel cell SUV should be presented early next year. The price of this model is still not available.