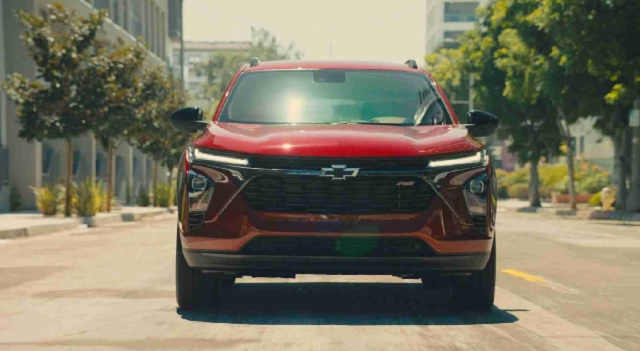 The Chevrolet Trax has been known up until now for its small size, stylish interior, and low starting price. Because of this, Chevrolet has decided to bring back the Trax as an all-new model. The 2024 Chevrolet Trax will have a stunning new look, more space inside, and better safety features. Every Trax has a turbocharged three-cylinder engine with 137 horsepower, an automatic transmission with six gear ratios, and front-wheel drive.

It’s important to note that the engine comes from the smaller Trailblazer, while the design comes from the bigger Blazer. General Motors will keep making the new generation of the Chevrolet Trax at its plant in South Korea, which it owns and runs. The upcoming Trax is expected to have the lowest starting price on the market. The new SUV is just behind the subcompact Kia Soul and Hyundai Venue models. It is anticipated that the Trax will become available around the spring of 2023.

Interestingly, this time there used to be size differences between the Trax and the Trailblazer. The 2024 model finally manages to outsize the Trailblazer in a startling way. The length of the new Trax is 173.5 inches, which is an increase of 11 inches in comparison to the length of the previous model, which was 167.6 inches.

The well-known grille of the Trax now has thinner horizontal lines around it, which draws attention to the width of the SUV. It also features a new LED light that is similar to what is seen on the Blazer. Because Chevy equipped the Trax with their characteristic high-eye LED daytime running lights, the vehicle is more visible at any time of the day or night. As with previous models, each trim has a unique grille and set of wheels that can be seen from the outside.

For example, the LS and LT come with a nice grille and headlights, as well as 17-inch wheels made of machined aluminum. It is worth noting that the LS wheels are made of steel. The Trax RS has the most aggressive appearance so far. This version of the SUV has a sportier vibe thanks to the new exterior trim elements that have been added. It’s easy to spot because it has a unique grille with an RS symbol in it.

The 2024 Chevrolet Trax has a variety of new technologies and high-quality materials in its cabin. The Trax variants that are more costly come with a media screen that is 11 inches in size and an 8-inch digital driver information cluster. On the other hand, the LS and 1RS trims come standard with an 8-inch media screen on the dashboard.

According to the latest news, Chevrolet’s wheelbase has been lengthened by about 6 inches since its last design. This gives the car’s cabin more space. Since the Trax has a longer wheelbase than the competition, it ought to be more stable while going at high speeds. There is also an extra three inches of legroom for passengers in the second row, as well as a 12% increase in cargo capacity.

The Chevrolet Safety Assist driver-assistance suite is a standard feature on every single Trax. The new Trax comes with a system that automatically stops the car in an emergency. Its most important safety features are pedestrian recognition, lane departure warning, lane keeping assist, and adaptive cruise control.

Interestingly, the forthcoming model is powered by a new engine. The current 1.4-liter four-cylinder engine has been replaced by a 1.2-liter turbocharged inline-three-cylinder engine. This three-cylinder engine delivers 137 horsepower and 162 pound-feet of torque. It sends power to front wheels when paired with a six-speed automated gearbox that is standard on all trim levels.

The current Trax has a lot more horsepower than the new model, around 155 horsepower and 177 pound-feet of torque. Continuously variable transmission (CVT) and all-wheel drive (AWD) are not available because they are too expensive. 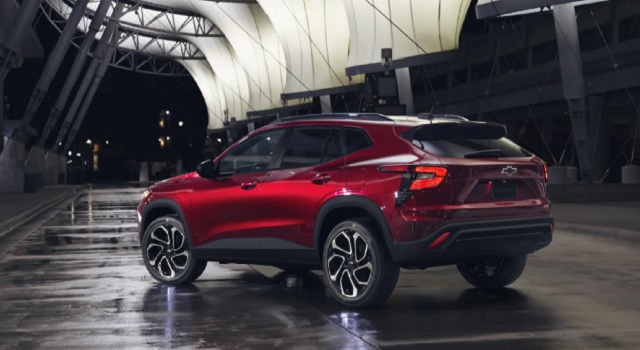 The new 2024 Chevrolet Trax will still be made at the plant in South Korea, where it was made before. This, in case you didn’t know, is owned and operated by General Motors. Anyway, the low starting price of $21,495 places this model in a tie for third place among the most affordable crossovers currently available. It is just behind the subcompact models of the Kia Soul and the Hyundai Venue.

The Chevrolet Trax is expected to come back in the spring of 2023 as a bigger crossover vehicle with more standard features.