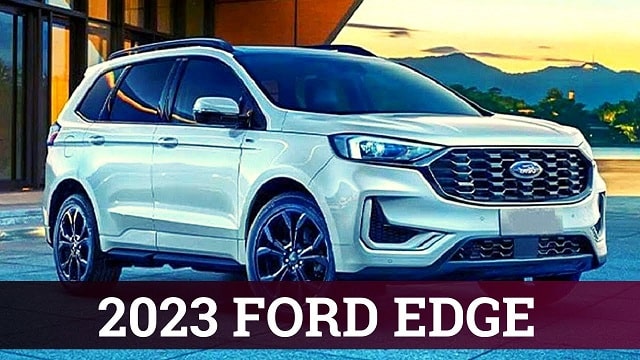 Although the compact SUV market is getting saturated every year, we are saying sadly goodbye to the 2023 Ford Edge. This decision by Ford was largely influenced by factory problems. The Ford Oakville Assembly Plant is being renovated to accommodate different needs. It will be repurposed for the production of electric vehicles that Ford has decided to build. This means that there is currently no space for Edge and Nautilus to be produced.

The Edge is still being made in China, although it has been discontinued. This means that the new platform and the redesign are scratched from the drawing board. There will be five new electric vehicles produced in that plant in 2025. This midsize crossover was first produced in 2015 and received an important update in 2019. So what does this mean exactly for those who enjoyed the Ford Edge? Well, no more updates, that is for sure. But people can still buy the 2022 version of the Ford Edge. Is it worth buying? We definitely think it is.

The cancellation of the new Ford Edge a few months ago disappointed many people. The prospect of what the upcoming generation will bring excites us. The new Ford Edge will no longer be available in America following the 2023 model year, so we won’t even get to see it. Ford simply doesn’t appear to have the room to produce the new model.

The Ford Oakville Assembly Plant is now producing the Edge and Lincoln Nautilus. Ford and the Canadian union Unifor have agreed to refurbish the factory so that it may start producing five new electric vehicles in 2025. Production of the Edge is still going to continue in China. This is at least good news. You could import yours, but after all, it is the previous year’s model. 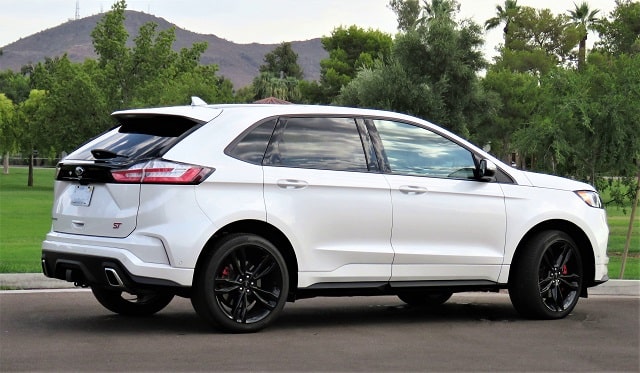 Is Ford Edge a Good Vehicle?

The Ford Edge is considered a top-notch SUV to think about for 2022. You can still admire it before it perishes only because it’s being removed to make way for more EVs. It underwent several modifications to take that into account. For around $35,395, you can get behind the wheel of a 2022 Edge, which comes standard with all-wheel drive. This benefit is great.

Additionally, the Black Appearance package, which includes a ton of black exterior details and 19-inch wheels, may be added to the base SE model. The Adventure package became an option for the SEL trim. It has a faux leather inside, all-terrain 18-inch wheels, and grey and black exterior elements.

The 2022 Ford Edge is indeed packed with value. Its interior is serenely quiet, and it rides comfortably over the majority of its hits. It offers an exceptional amount of freight and passenger space. Behind the back seats, there are 39.2 cubic feet of cargo capacity available, for a total of 73.4 cubic feet. Every model comes with a sizable 12.0-inch touchscreen with wireless Android Auto and Apple CarPlay. For quicker response times, it takes advantage of the most recent Ford Sync 4A software. You can choose between built-in navigation and a Wi-Fi hotspot.

The inside features high-quality materials and a straightforward yet elegant design. Both regular driving and long road journeys are comfortable. Additionally, there is plenty of room for personal items in the storage cubbies. Automated emergency braking, lane-departure warning, and lane-keeping assistance are all considered standard safety equipment.

The Ford Edge is a good all-around SUV to look at with great value, despite being discontinued. Ford would have remained in America for a long time if it hadn’t needed space for its electric vehicle project. 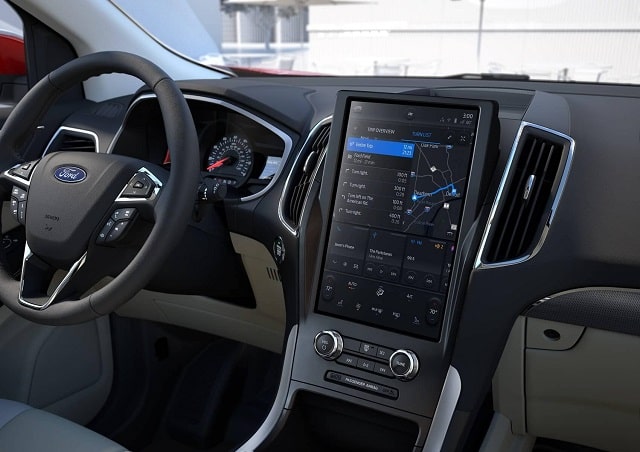 You get 250 horsepower and 275 lb-ft of torque from the standard 2.0-liter four-cylinder engine. If you upgrade to the twin-turbocharged 2.7-liter V6 engine for extra power, you will get 335 horsepower and 380 lb-ft of torque. It has a 7.5-second 0-60 mph acceleration time, but there is a slight delay. 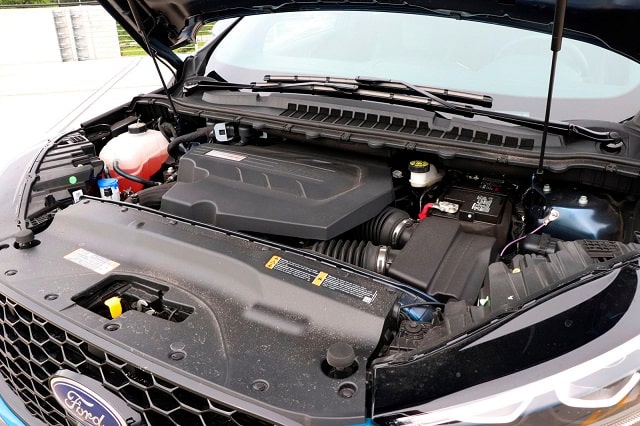