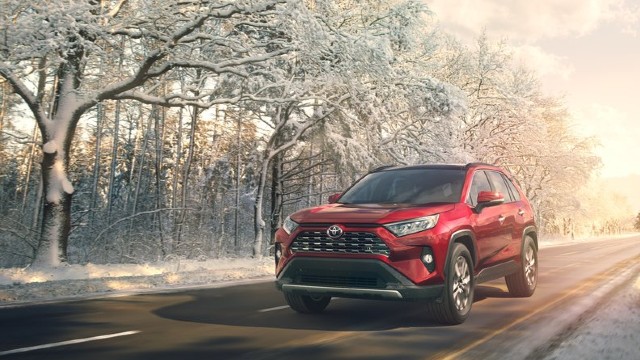 The 2022 RAV4 will arrive with another mid-cycle facelift. This popular crossover will now look bolder than its predecessor. On top of that, the exterior design is also sharper than before, but the RAV4 model will keep its recognizable styling. Some things will carry over, but changes are more than welcome.

As before, a hybrid powertrain is available, and RAV4 also comes with the TRD Off-Road trim level. We are still waiting for the Japanese manufacturer to release more details, but we already know more than enough about this arriving model.

The all-new 2022 Toyota RAV4 won’t change drastically. Its recognizable appearance remains, but some visual updates will happen. For a start, this crossover was recently redesigned. Because of that, Toyota is in no rush to introduce dramatic changes. The RAV4 model comes with a rugged look and beautiful styling. Its design is recognizable and the palette of exterior paints is simply amazing. Toyota will try to deliver a more attractive look by introducing sharper lines and new colors.

Furthermore, the front fascia will gain minor updates, such as revised headlights and a slightly bolder grille. A two-tone exterior paint scheme is optional and it looks gorgeous in our honest opinion. 17-inch wheels are standard once again. We think the RAV4 model looks sporty, but its TRD Off-Road trim level is the real deal in terms of sportiness.

On the inside, the new 2022 Toyota RAV4 will look better than ever. Toyota plans to deliver more premium materials, mostly soft-touch surfaces. On top of that, this crossover will get more standard features and new driver-assistance. The infotainment system is up to date and RAV4 also delivers ample interior room. It is a small crossover, but 69.8 cubic feet of cargo space is more than enough.

If you want the RAV4 Prime model with a hybrid powertrain, the interior room will be slightly compromised.  A 7-inch touchscreen remains standard, and an 8-inch unit will be optional in the entry-level models. You can choose between numerous trim levels and upper trims are offering more luxury and more standard equipment.

Nothing will change under the hood, so the 2022 Toyota RAV4 is a carryover. There will be three different engine options. The first one is a familiar 2.5-liter four-cylinder engine that develops 203 hp and 185 lb-ft of torque. An eight-speed automatic transmission is standard, just like the front-wheel-drive system. A 2.5-liter engine also comes in a combination of two electric motors and a battery pack.

It is a hybrid system that delivers 40 mpg, which is great. On top of that, the AWD system comes as standard. The RAV4 Prime is the newest model and it offers a plug-in hybrid powertrain. It also comes with a larger battery so it provides 42 miles of all-electric driving range. Furthermore, RAV4 Prime cranks out 302 horsepower.

The changes are not so drastic so the price of the 2022 Toyota RAV4 will most likely remain. Toyota is yet to announce pricing details but we think this crossover will cost $27,000. The manufacturer plans to launch its new model by the end of 2021.