The SUV market is getting bigger as we speak. Many manufacturers are competing for the top dog position. Numerous SUVs are worthy of that spot as well. But there are simply too many SUVs to choose from. This can get frustrating for the buyers that need a little bit of help deciding on an SUV to get. 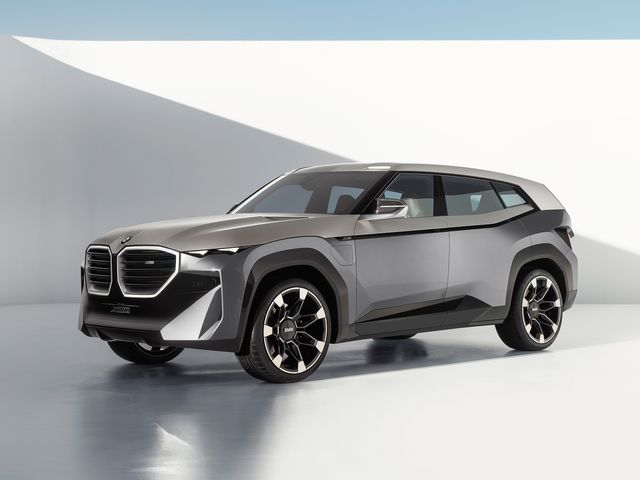 The luxurious SUV from BMW has performance and style in mind. It is a two-row crossover with sports tuning. It has a recognizable front grille which is a staple of every BMW. This one has a bit of a gap in between. It is bound to appear on the road in early 2023 and the estimated price is around $125.000. High price but you know what you are getting.

It has a twin-turbocharged 4.4 liter V8. This is combined with an electric motor and a battery pack to deliver 644 horsepower. More than any SUV needs. It gets from zero to sixty in 3.5 seconds which is amazing for a vehicle this size. It has good handling and adaptive dampers. Roll bars are also present, and XM has the newest coil spring suspension. On electricity alone, it can reach 30 miles. 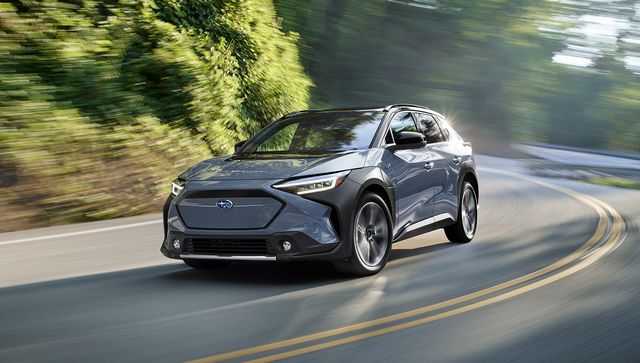 This SUV is a flagship vehicle of Subaru. It has all-wheel drive and beefy tires. So it is off-roading capable per reports. It has a lot of black accents on bumpers and around the wheels. Also, this SUV is all-electric which we don’t have that many. It isn’t intended as a very luxurious vehicle but the interior doesn’t disappoint in any regard.

Three trims are offered, Premium at $46.220, Limited at $49.720, and Touring at $53.220. Limited is the best bang for the buck per review. It has two electric motors that combine for 215 horsepower and 249-pound feet of torque. Several driving modes include Eco, Normal, Power, and X-mode. Ground clearance is 8.3 inches and it has Grip Control for slow descents. Wheels are 18 inches and you can get 228 miles on a single charge. 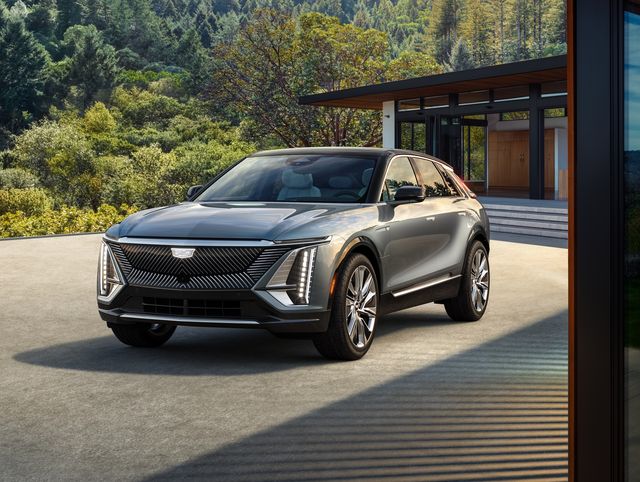 This is the first luxury electric SUV by Cadillac. It has two options, single and dual motor. So all-wheel and rear-wheel drive are present. It can get 300 miles on a single charge with a fast charging feature. We have 4 trims currently. Debut Edition at $59.990, Single motor rear-wheel drive at $62.990, Dual motor AWD at $64.990, and AWD luxury at $64.990.

With the all-wheel dual-motor spec it can get 500 horsepower while the single motor unit gets 340 horsepower. It reaches 60 in just 4.3 seconds. The styling looks futuristic and luxurious. The interior is also bedazzled with great new technology and leather as well as alternative materials such as aluminum and wood. 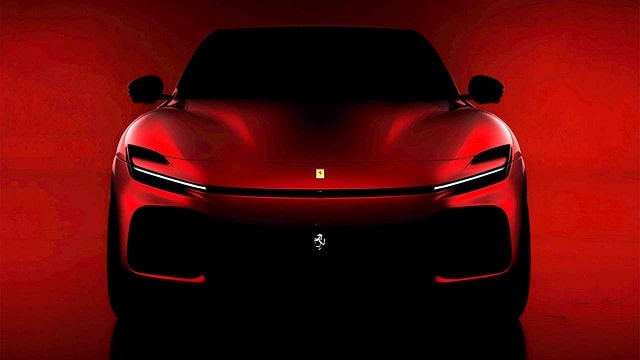 This is going to be the first SUV for the famed manufacturer. Ferrari isn’t well known for building anything other than red speedsters. The production should start in 2022 and the first deliveries could happen in 2023. As for the powertrain, not a lot is known at the moment.

The manufacturer announced it would be a hybrid using a powerful V12. Perhaps a V8 twin-turbo or something weaker. This is an answer to the mighty Urus that has a top speed of 189 mph. Ferrari is staying silent about many details concerning the Purosangue. Hopefully, there is a red jacket and a hat when you purchase one of these SUVs. 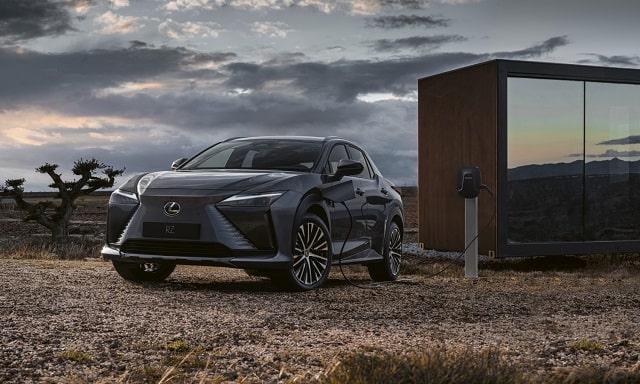 Lexus is also entering the EV game. This time around they are building a fully electric SUV. The vehicle has the same platform as Toyota bZ4X and the Solterra by Subaru. The cabin in the Lexus looks much more expensive than the former. Some chrome and wood accents to up the first-class feel. Reportedly it will have a dual-motor setup that combines 308 horsepower. It has an all-wheel drive that was dubbed Direct4 by the company. It has a floating roof that looks dashing. The infotainment system is 14 inches so everyone can join in on the fun.

Also, there are very few buttons to give a minimalistic look on the inside. The exterior design looks sleek, with no front mesh due to the lack of an engine. Wheels are 20-inch lightweight alloys. We are getting a sports vibe from the RZ. Starting price is around $55.000 for the basic trim. 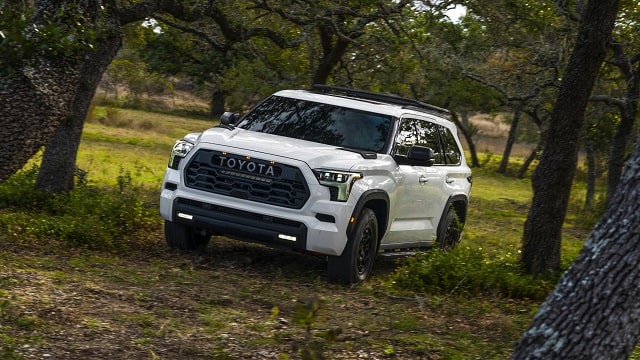 Toyota redesigned its flagship SUV for 2023. Sequoia is a full-size three-row SUV. It uses Tundra’s iForce MAX hybrid powertrain. This is a 3.4 liter V6 with a single electric motor that delivers 437 horsepower. More than enough to move the big Sequoia around. It has a top-quality interior that looks after both luxury and style.

With 3 rows it seats up to 8 people, with the possibility to move the third row out and get more cargo space. The wheels are 19-inch alloys. The front mesh is far and wide, and with the new headlight design, the 2023 Toyota Sequoia looks menacing. Starting price for the mighty Sequoia is just shy of the $60.000 mark. 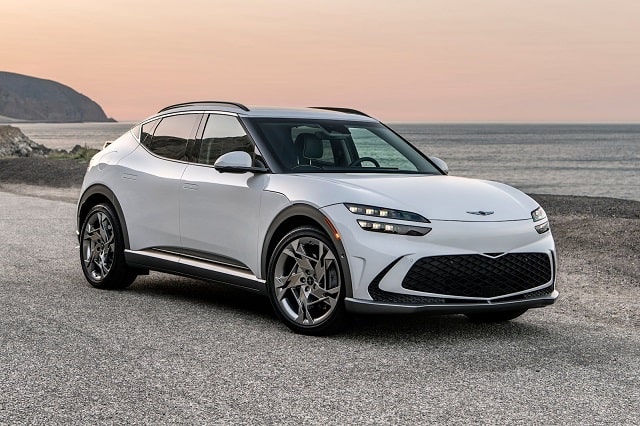 Not a name that you hear very often, but Genesis entered the SUV game. And they did it with some style. The GV60 is not the most luxurious out there, however, it sure looks like it is. On the outside, we have a sporty look, with low ride height and stylish rims. Headlights are linear and use the latest LED technology. Mesh is where the bumper should be. The hood is styled aerodynamically to offer the best handling.

It has an electric powertrain. The system offers 314 horsepower or 429 for the Performance trim. A driving range is 235 miles to 248 miles. Not bad for an SUV. of course there is a fast charge option so do not worry. With the price of $59.985 for the basic trim, its main competitors are Audi Q4 and Volvo XC40. 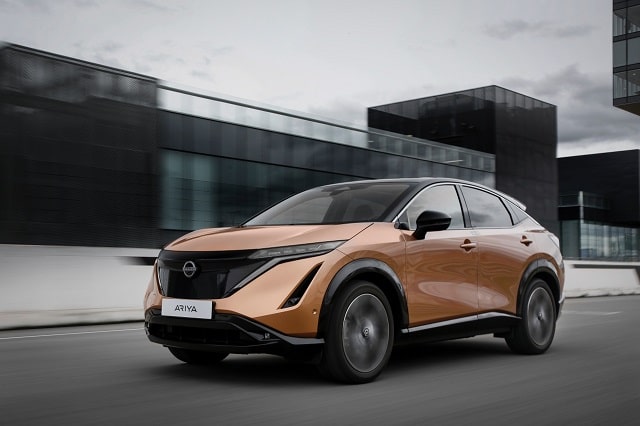 Nissan is jumping the EV hype train as well with their SUV. Ariya is going on sale later in 2022 and has a driving range of 300 miles. This is more than their lightweight flagship vehicle, Leaf, which sports 226 miles on a single charge. We have two different battery packs on offer, 63 kWh and 87 kWh. Nissan is offering both rear and all-wheel drive.

The main competitors are Tesla Model Y and Hyundai Kona. Its cheapest trim Venture+ costs around $47.125. We also have Evolve+ at $50.125, Premiere at $54.625 and Platinum+ at $60.125. From zero to sixty it needs 7.2 seconds, so not a drag racer per se. On the outside, it looks stylish with nicely designed rims and thin tires. Bumpers are not prominent and they blend with the overall body design. 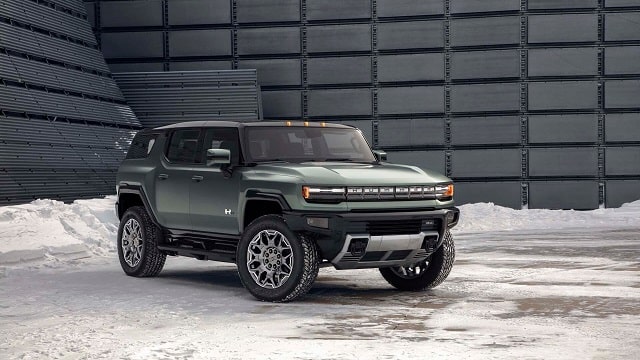 A name long forgotten, GMC is trying to give Hummer another shot at fame. The blocky-looking SUV is getting a revival. This time around it is more stylish and less thirsty. It will be fully electric with dual and three motor setups. They give 625 horsepower and 830. Also, it can get up to 1100 pound-feet of torque. Which is impressive for an SUV. 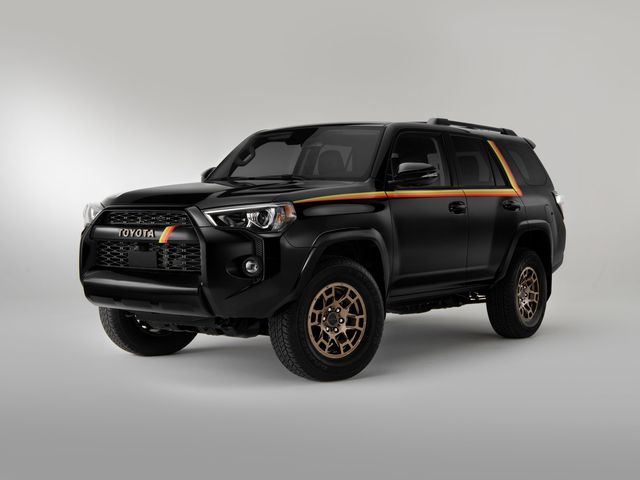 Toyota is also trying to revive one of its long-forgotten gems. It is a blocky SUV called 4Runner. It is a mid-size SUV that stopped production almost a decade ago. We expect the general design to look the same with bigger wheels perhaps. A new headlight design is probable. Also, the front mesh should be redesigned since it has been a while.

A hybrid powertrain and an electric version are on the table. We still don’t have any confirmation from Toyota about this. But in this day and age, it is expected. The biggest change might be in the interior since the style and technology are obsolete. Expect better seating, a better infotainment system, and overall style. An engine change is also a given, this time we suspect it will be a 2.4-liter turbo-four engine that gives 275 horsepower. The price is not official but estimates put this SUV around the $40.000 mark.